The KUNSTBLOCK Years: Some songs released on MySpace 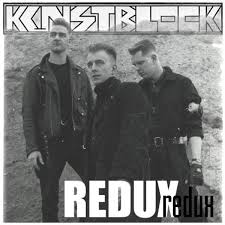 More vintage KUNSTBLOCK work is getting some long overdue exposure on a MySpace music account under www.myspace.com/kunstblock.
KUNSTBLOCKs approach was very independent and motivated by the Do It Yourself (DIY) attitude best known from the punk and hardcore scene which also led the band to name their musical style DEHC - Digital Electronic Hardcore.
Even though musical recording technology has evolved somewhat during the past 15 years this material, recorded in the early 1990s on analog equipment, stands on its own and is a good way to document where I was at during that period of time.
Email ThisBlogThis!Share to TwitterShare to FacebookShare to Pinterest